The beauty of the landscape and the charm of Positano had already captivated the ancient Romans, it is said to be one of the oldest settlements along the Amalfi Coast.

Preserves traces of very ancient settlement, already evident in the Palaeolithic period, as evidenced by the remains found in the cave called La Porta, not far from the city. There are also Roman ruins like those of a large villa. It is one of the most exclusive resorts in the Mediterranean.

Positano was "discovered" in the twentieth century by the Germans, and in particular the British and American travelers.

Described as a "vertical village", its houses, pastel, cling to impossibly steep cliffs and overlooking the crystal clear sea.

Luxury hotels and high class restaurants "sit side by side" in the alleys there are many boutique specialized in the manufacture of clothing typical of Positano.

The town center is pedestrian only area, it will be particularly attractive to stroll through the narrow alleys and adorned with flowers, which create an environment and a unique and intimate. 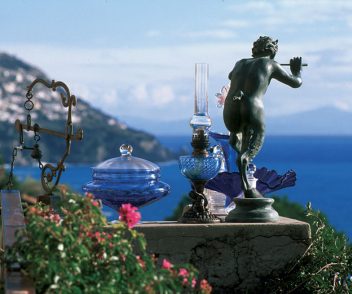 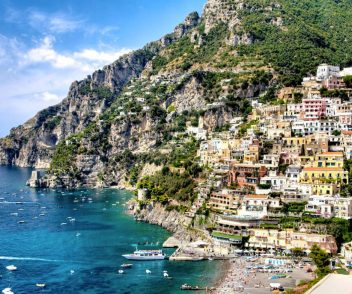 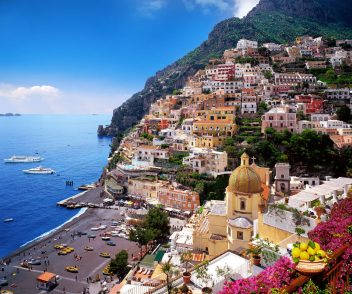