The name derives from the greek Naples Neapolis (new town), is the third largest city in Italy, and is the economic capital of southern Italy.

Traces of the ancient history of Naples are found in the Greek wall of the city, mainly via Anticaglia.

Today's visitor is attracted to Naples for its numerous museums, notably the National Archaeological Museum, which houses many of the treasures unearthed at Pompeii and Herculaneum, its narrow streets and alleys characterized by the noise of the city, architecturally elaborate, smells pizzerias and restaurants that offer delicious dishes of Neapolitan cuisine, including the famous Pizza Margherita, invented in the city in the eighteenth century.

But Naples is also the peak of Posillipo with its streets full of shops and its panoramic view of the Bay and Mount Vesuvius, it is also the underground city with its architectural heritage, is the famous Via San Gregorio Armeno, the street of the artisans intent to create valuable and unique Christmas Nativity.

Naples is this and so much more. 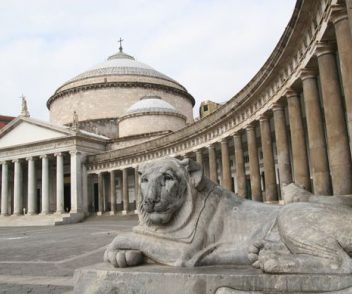 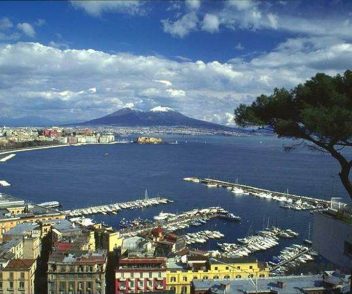